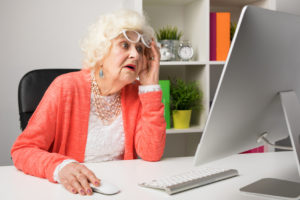 Google’s latest quality raters’ guidelines have been released, and have been updated to give raters new ways of flagging sites with content that could be considered upsetting, offensive or inaccurate.

That there is upsetting, offensive or harmful content on the internet should be abundantly clear to anyone who’s ever innocently searched for the best way to celebrate a particularly bountiful lemon harvest; for how, as just one man, you should tackle opening one tricky jar; or for the best way to make waffles appropriate for a 65th wedding anniversary.

Not that it should be surprising to anyone, really.

Google has been working on ways to combat the proliferation of FAKE NEWS for some time, particularly since the issue came to prominence during the US election. And these new guidelines take the work done a step further by including stricter criteria by which to judge a site as low-quality (including those deliberately misinforming users), as well brand new provisions for explicitly targeting offensive or upsetting content.

The changes have caused some to question Google’s rights to act as an effective arbiter of taste and propriety, with some criticising the search engine for pandering to softy-lefty-liberal-snowflake political correctness.

Google should add a safety pin to its logo while they're at it. https://t.co/XhdVzo2KD8

On the face of it, there’s a genuine question to be raised about Google’s supposed ideological neutrality. But a few millimetres below the face of it, where sensationalists fear to tread, lies the actual truth of that matter, which isn’t nearly so scary.

So goes the quote, attributed variously (and ironically) to Mark Twain and Winston Churchill among others.

The spread of fake news, or “demonstrably inaccurate information” as Google’s Paul Haahr prefers, is problematic, and Google have been working hard to try and filter it out of their results. But of course, this is tricky business.

.@Google CEO Sundar Pichai says, given tight margins in US election result, fake news could have been factorhttps://t.co/qdFroy0TDz pic.twitter.com/gUv2Ju1bqz

Various things have been tried, including the introduction of the fact-checking label working with the ClaimReview schema, that allows certain articles to be labelled as ‘Full Fact’.

Another way that Google can hone its method for spotting and filtering out deliberately misleading content is with the help of its quality raters.

How the Quality Rater Guidelines Work

In order to improve its algorithm used to assess websites’ quality, Google employs thousands of actual real humans to go through and, well, assess the quality sites that appear at the top of results pages for a given set of queries. These people are known as quality raters, and the 160 page guidelines document is designed to show them exactly how they should be rating said quality.

Importantly, these quality raters do not have […]